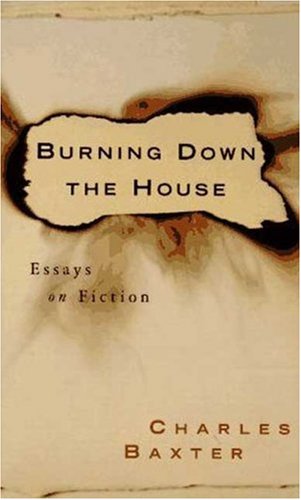 Burning Down the House

Taking arms against ""dysfunctional narratives"" and ""the mass production of insight, in fiction and elsewhere,"" novelist and short-story writer Baxter (First Light; Harmony of the World) hopes to restore literature and imagination to their rightful places in the social order. In nine essays, he employs dry wit and impassioned prose to examine some unfortunate fashions of modern fiction. He suggests that the practice of political deniability has inspired in fiction a dulling of both action and character. In Baxter's view, Richard Nixon's phrase Mistakes were made ""deprives an action of its poetry,"" whereas ""[w]hen you say, `I fucked up,' the action retains its meaning, its sordid origin, its obscenity, and its poetry."" He finds another lamentable convention in the substituting of a moment of insight or revelation for action. While literary epiphanies can be gorgeously effective when executed with discipline and elegance, Baxter notes, in general usage they have become an easy move toward closure and, ""not to put too vulgar a point on it, a payoff."" In the essay ""Against Epiphanies,"" and others with such titles as ""Rhyming Action"" and ""Talking Forks: Fiction and the Inner Life of Objects,"" Baxter cites the work of Joyce, Woolf, Flannery O'Connor, Chekhov, Donald Barthelme, William Maxwell and Grace Paley to illustrate his views of how fiction is done best. His views, embracing ""wild claims"" and ""an occasional swing toward the manic,"" arose, he says, from exchanges with students (he teaches at the University of Michigan) and with fellow writers. They are meant, as his title suggests, to incite response and excitement, but they are bracing rather than incendiary, provocative rather than destructive. (Apr.)
close
Details