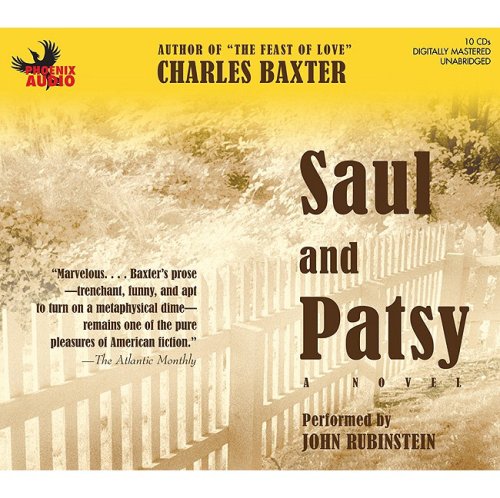 For the first quarter of this novel, even the talented John Rubinstein can't save it from sounding like . The clash between Midwest WASP and East Coast Jew is better captured by Woody Allen in a single line. However, this quirky novel improves vastly when the none-too-bright Gordy, performed to slow-talking perfection by Rubinstein, stalks Saul's family, and the plot shifts into a different gear. Rubinstein subtly controls the voice of Gordy's aunt Brenda so that she sounds simultaneously greedy and grieving. He individuates Saul's friends and family and occasionally provides amusing sound effects—for example, Mad Dog inhaling pot and then speaking with his throat full of smoke. Rubinstein's well-paced narration extracts as much humor from the novel as possible. Unfortunately, the audio's production is far from perfect. Awkward silences separate the tracks, and each CD ends abruptly. Occasional bits of music seem randomly dropped in. Despite the technical flaws, Rubinstein's fine performance makes a notable new audio.