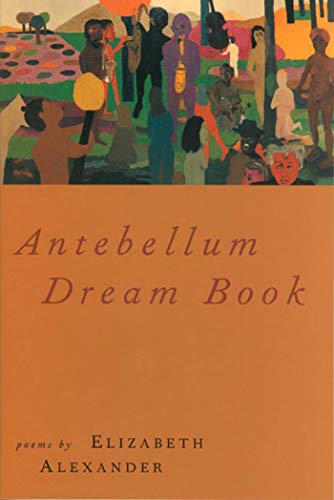 After a stellar debut in 1990 and a relative slump six years later with , Alexander returns to form (in fact, to a variety of forms) with an aggressively vivid, impressive third collection. Her asymmetrical, confident short poems and sequences encompass, among other things, paintings and sculptures, riots and civil rights marches, childbirth and motherhood, rock concerts and dinner parties, dreams and chocolate bars, and African-American history, from the Middle Passage to Alexander's hometown: "I am from DC," she writes, "therefore responsible./ I am terrified of heights." Alexander's spoken immediacy mixes a personal mode—forceful, self-aware, funny—with prophetic, visionary lyrics, second- and third-person descriptions of paintings and even a surprisingly effective set of 12 poems in the voice of Muhammad Ali, who advises another boxer to dress "like you the best/ at what you do, like you/ President of the World./ Dress like that." The series "Neonatology" describes Alexander's experience as a new mother; other personal poems describe her dreams, several of which involve Toni Morrison. An anxious poem spoken by a new prisoner ends up dragging its long lines through a cafeteria, where "sin and not sin is scraped off tin trays/ into oversized sinks, all that excess, scraped off and rinsed away." Fans of Alexander's debut, (with its much-anthologized title poem), have been waiting for something this good from her: here it is.