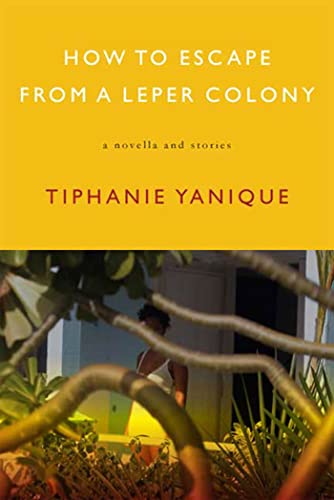 How to Escape from a Leper Colony

The effects of colonialism throb in Yanique’s vivid debut collection. The chilling title story is set in 1939, when the Trinidadian island of Chacachacare was still used as a leper colony; the narrator, a 14-year-old orphan with leprosy, befriends a curious boy her age, Lazaro, whose mother was murdered there when he was a baby, and whose troubled relationship with the nuns leads him to a terrible retribution. “The Bridge Stories” are elucidating snapshots of islanders struggling to carve out lives for themselves on St. Thomas and elsewhere amid an exploitative tourist economy. Yanique frequently dips into rich, fanciful vernacular, such as in “Street Man,” a beautiful, sad glimpse at a doomed love affair between a college student and a St. Croix local. In the affecting novella, “International Shop of Coffins,” Yanique depicts characters of mixed African/Creole/Indian descent torn between the white and island worlds in all their complexity and conflictedness. A smattering of dark humor leavens the tense narratives as Yanique penetrates the perils and pleasures of lives lived outside resort walls.