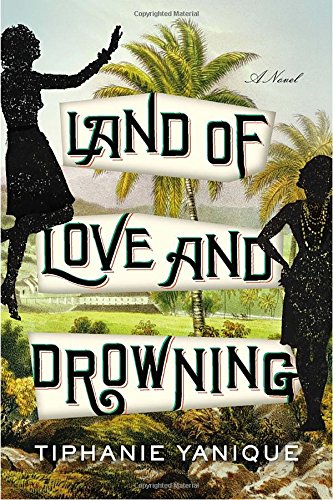 Land of Love and Drowning

For her debut novel, Yanique (author of the story collection How to Escape from a Leper Colony) has written an epic multigenerational tale set in the U.S. Virgin Islands that traces the ambivalent history of its inhabitants during the course of the 20th century. The story follows two sisters whose genteel prospects are shattered after the sudden death of their father, Owen Arthur Bradshaw, a descendent of West African slaves and owner of a cargo ship. Eeona, the older of the two, is a famous beauty who terrifies men with her radiance and high-caste pretensions, while her younger sister, Anette, is sensuous and passionate, holding on to her local dialect and identity. Ever recalling memories of her father, Eeona struggles to escape St. Thomas and achieve a measure of freedom. Anette, meanwhile, falls desperately in love with Jacob, who, unbeknownst to her, is actually her half-brother. The novel shows how global conflicts, including World War II, and America’s legacy of racism shape the lives of Jacob and other islanders. As Anette becomes a mother and Eeona becomes a spectral embodiment of the islands’ mystery, American tourism gradually upends the local economy and deprives the natives of land, beaches, and freedom. Amid the devastation of hurricanes and exploitation by wealthy American entrepreneurs, the sisters struggle to understand their history, their place in the modern world, and the fatal attraction of the islands’ magical beauty. Through the voices and lives of its native people, Yanique offers an affecting narrative of the Virgin Islands that pulses with life, vitality, and a haunting evocation of place. (July)
close
Details