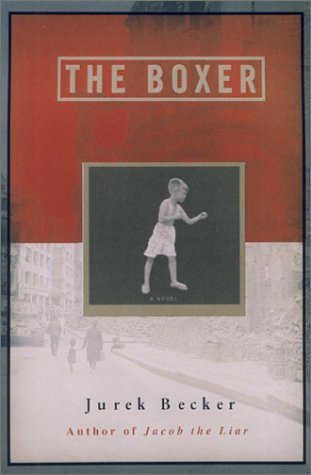 Becker's Holocaust novel begins intriguingly with a man recovering his eight-year-old son after both survive stints in different concentration camps, but the combination of a lifeless protagonist and some listless plotting slowly undermines the promising conceit. Aron Blank is the aptly named Holocaust survivor who emerges from his horrific experience and finds his son through a rescue agency in Bavaria that hospitalized the boy under the name of Mark Berger. As Mark recuperates from pneumonia at the hospital, Blank falls into a relationship with a beautiful worker at the agency, Paula Seltzer. Blank's struggles with alcohol and his unwillingness to look for work put a strain on the relationship, and when the agency locates Seltzer's old boyfriend, she quickly leaves Blank. Blank manages to find a job as a bookkeeper for a black-market operation in Berlin, and when his son is finally released from the hospital, he approaches the boy's attractive nurse, Irma, and asks her to move in. The arrangement is nominally successful in the early going, but when Irma puts her foot down and demands marriage, the situation falls apart in a hurry. Becker defines the novel's central problem with a comment in one of Mark's letters to his father: "I have never met a person who lives as separated from life as you." Unfortunately, the apple doesn't fall far from the tree, and despite the remarkable trauma inherent in the narrative, both protagonists remain aloof and remote throughout the novel. Blank's affair with Seltzer is the only episode that brings the tale briefly to life; the rest is unaccountably flat.

Jacob the Liar The Boxer