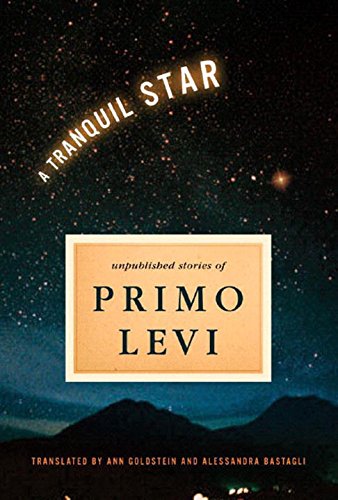 Holocaust memoirist Levi (1919–1987) also wrote small fiction sketches, reminiscent of contemporaries Dino Buzzatti and Italo Calvino, for periodicals, collected here and introduced by Goldstein. Of two realistic pieces that recall and , one concerns the last minute in the life of a resistance fighter whose act against his German captors would today be called a suicide bombing. Transparent political allegories, of the kind that were fashionable in the Cold War period up to the late '60s, predominate. In the slighter of the 17 works, a miraculous paint is developed to replace lucky charms, and a –like look at sports of the future describes tourneys conducted between men armed with hammers and cars. "The Molecule's Defiance" concerns the inexplicable spoiling of a batch of synthetic chemical, eerie in its description of a monstrous, gelatinizing mass expanding rapidly in a reactor, as though revolting against its human makers. While these pieces (published in Italian from 1949 to 1986) don't really stand on their own, they shed further light on Levi's life and work.