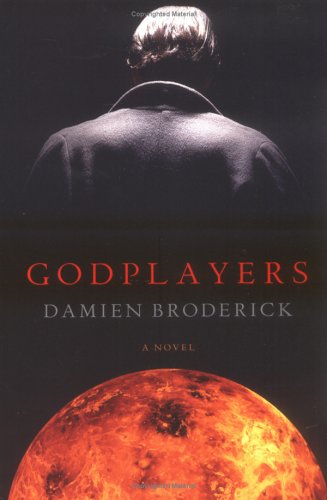 In SF veteran Broderick's brain-stretching stand-alone, 20-something August Seebeck enters a mysterious game, the Contest of Worlds, in which some of the godlike players are his brothers and sisters, battling against terminatorish "deformers." August discovers superhuman powers of his own and falls in love with a heartbreakingly beautiful female player, Lune. But the game's ultimate purpose remains unclear while the context of the action keeps changing, as August zips through multiple universes. The more he learns of other worlds, the less he can be sure of—but the more his decisions matter. As things get increasingly serious for August, the story's tone remains wry, packed with offhand literary references and bookish puns. Broderick ( ) pays homage to Fritz Leiber's tales of alternate histories and to Roger Zelazny's Amber series; the narrative also resembles Robert A. Heinlein's in its cheerful trashing of comfortable but undependable certainties. In a universe where nothing can be taken at face value, scientists and SF readers need to be ready to move on, to ask the next question. Broderick shows that the effort needn't be a grim duty but actually .