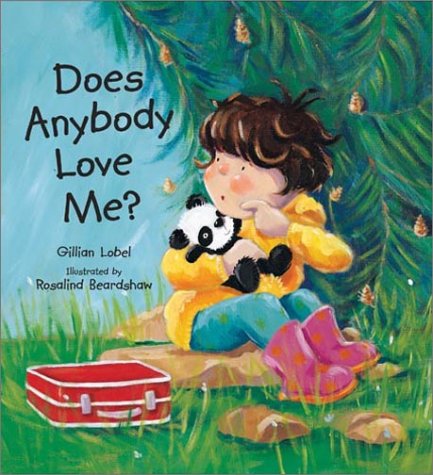 DOES ANYBODY LOVE ME?

Mildly admonished by Dad and Mom after mucking up the kitchen (by making mud pudding) and flooding the bathroom (by creating tidal waves in the sink), a girl named Charlie decides to light out for "somewhere nice…where there's no cross people." This version of a tried-and-true chestnut makes stops at all the familiar narrative landmarks: the heroine's descent into Sturm und Drang, the initial excitement over a successful escape (to a "secret den" under the branches of a fir tree in her backyard) followed by the crisis of confidence (precipitated by a rain shower). Luckily, Grandpa, "lost in the jungle," allows Charlie to save face as she "rescu[es]" Grandpa and guides him home. "That's my brave girl!" says Mom, following up with a hug and a cup of real chocolate pudding. While British author Lobel keeps the story efficiently moving along, it's mostly up to Beardshaw () to infuse this old standby with freshness—and she does, with acrylics that exude a gung-ho cheeriness. The artist makes it clear from the set of Charlie's jaw and the determination that animates her pudgy body that this rosy-cheeked heroine's willfulness will not be ignored. Ages 4-8.