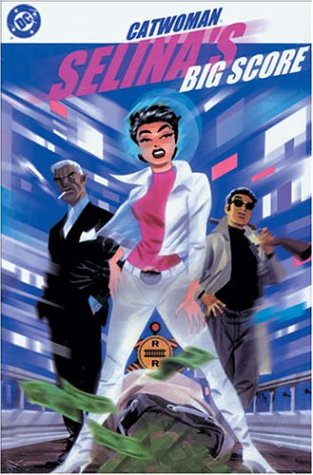 Filled with color, camp and melodrama, Cooke's latest is a feast for fans of Catwoman and comic book crime noir. The book sheds light on the series' recent redesign and on Catwoman's shift from superthief to superhero. Forced to fake her own death and disappear, Selena Kyle (Catwoman's secret identity) now needs cash. In the book's explosive opening, Selena resurrects herself after a failed international heist and returns to Gotham in dire financial straits. Swifty, a pawnbroker buddy, tips her off to a Mafia cash transfer using a Montreal-bound train; they plan a new heist that could mean millions. The job requires Selena to reconnect with Stark, her criminal mentor, love of her life and a man she betrayed long ago. After she reignites the flame between herself and Stark, the two assemble a crew and figure out a way to loot the train, all the while dodging Slam Bradley, a pesky old-school private eye who's figured out that the late Selena Kyle isn't quite dead. Cooke offers a clever and complex narrative, weaving flashbacks to Selena's past with riveting action. Cooke's dialogue is a hoot, witty and impressively humane for an over-the-top hardboiled crime yarn. Hollingsworth's full color illustrations are spectacularly stylish—Catwoman has never been so sexy. His bold line is gestural, suggesting form and mood with a vivid, abbreviated authority that captures Gotham City's dark underworld or Las Vegas's gaudy casino life with impressive command. Whether she's pouting at Stark or jumping from a moving train, the new Catwoman is a sight to behold.