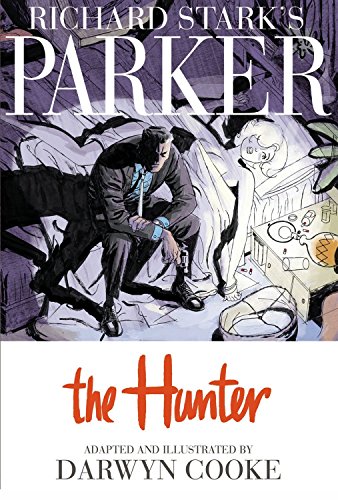 Cooke has transformed the first volume of the late Donald Westlake's long-running Parker series (written under the pseudonym Richard Stark), about an indomitable outlaw, into a smashing graphic novel, making its ferocious mood and retro aesthetics the stars of the show. Parker belongs to the bottom of the urban jungle's economic strata, but the top of its food chain—anyone who stands between him and his revenge is doomed, whether they're trying to resist him or just happen to be in the way. As the book begins, he's returning to New York City in the Kennedy era with murder in his eyes: double-crossed by his wife and partners, he's come back to kill whoever needs killing to get his money. Cooke has a real affinity for the tough-as-hammers tone of Westlake's story. His Parker doesn't seem to enjoy or dislike slaughter (or anything else); he's just doing what it takes to reach his goal, with a certain dispassionate savoir faire. And Cooke's delicious two-color artwork nails the look of the early '60s, from hairstyles and tiki bars to the illustrative technique that defined the era everywhere except for comics: angular caricatures that capture his characters' motion and expressions with a bare minimum of elegantly rugged lines.