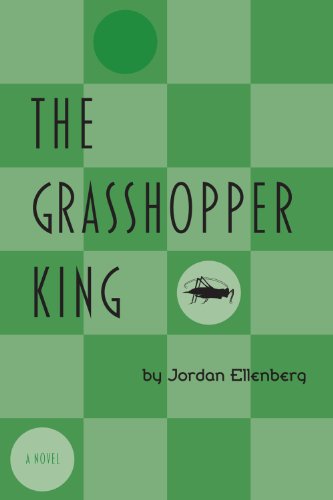 A prominent scholar who stops speaking in the late 1960s is the unlikely central figure of this clever campus satire, the debut of a young Princeton mathematics professor. Thirteen years after Prof. Stanley Higgs mysteriously clams up, Sam Grapearbor joins the Ph.D. program at the mediocre Western university of Chandler State. It's his job to encourage Higgs to talk again—an essential task, because Higgs is a revered scholar of the Gravinian poet Henderson, a misfit literary figure from a fictional Soviet republic—and is expected to produce at least one more pronouncement of genius. Meanwhile, Sam is laboring over a translation of Gravinian nursery rhymes, most concerning a character called Little Bug. Ellenberg's offbeat premise gives rise to plenty of witty observations and absurd situations (for example, Higgs's entire house is wired with tape recorders in case he decides to speak) that recall masters like Tom Robbins and Kurt Vonnegut Jr. The interlarded Henderson lore can grow tedious, as can Higgs's silence. Fortunately, Ellenberg balances his Nabokovian devices with poignant human relationships. Sam devotes much thought to whether he should marry his college girlfriend, Julia, who accompanies him to Higgs's home every day, while the distinct tenderness between mute Higgs and his patient wife, Ellen—and their mutual craziness—provides an unconventional but oddly appealing model of married life. Campus novels often tend toward the parochial or the arcane, but Ellenberg breathes fresh air into the genre.