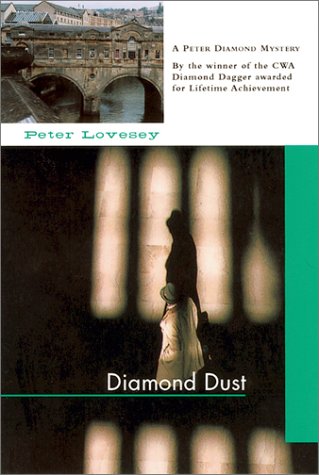 Lovesey more than clears the impressive hurdle he creates for himself in his seventh Peter Diamond mystery (after 2000's ). The series enters new territory when Diamond responds to a fresh crime scene only to discover that the murder victim is Stephanie, his wife of almost 20 years. His personal stake in the inquiry leads to his replacement as chief investigating officer—and to his eventual role as the prime suspect. Tellingly, his aversion to casual chitchat and preference for his own company leave Diamond without an alibi, even though he was at work at the Bath police station at the time. Distrustful of the official approach, he conducts his own investigation, consumed by guilt over the possibility that his wife was killed, as an act of revenge, by one of the many criminals he's brought to book. This tightly plotted fair-play mystery presents numerous suspects, including Stephanie's first husband, a possible serial killer targeting police spouses and a mobster recently released from prison. The author manages to keep Diamond his crusty, disagreeable self, while still evincing the devastating and permanent blow he has suffered. Diamond remains one of the most human of series detectives: an uncertain participant in the petty tussles of office politics, gruff to those who attempt to reach out to him, but dogged in his determination to see justice done. Lovesey will be hard-pressed to surpass this current effort for its combination of the puzzle and the personal, but based on his current achievement, it would be no great surprise if he did.