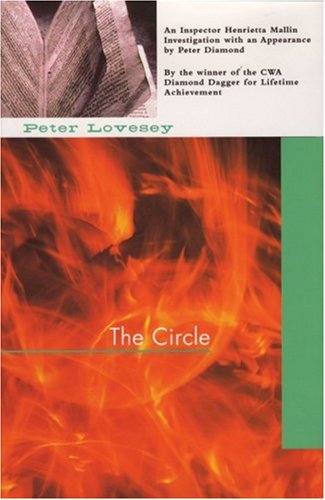 Inspector Henrietta "Hen" Mallin, an ingenious and acerbic sleuth who played a supporting role in Lovesey's Peter Diamond novel (2003), proves herself fully capable of carrying a story on her own when she takes over a serial murder case connected with the Chichester Writers' Circle, an eccentric amateur writers' group The chair of that group, an author hoping to make a splash with a work on unsolved mysteries, has already been arrested for the arson that killed an unscrupulous publisher who used a speaking invitation before the writers' group to lure his eager audience into a vanity publishing racket. But while the writer's incarcerated, a similar attempt is made on the life of an aspiring poet who's the group's newest member, followed by two more fatal fires. Lovesey's trademark dark humor and playfulness are very much in evidence, as he presents a crafty fair-play puzzle replete with quirky, three-dimensional characters. As with his classic Diamond novel, , Lovesey employs the device of competing amateur detectives to good effect, increasing suspense and conveying valuable clues through their efforts. While there's every reason to believe Diamond has plenty of life left in him, traditional mystery fans will have no regrets if Lovesey's next few books continue to focus on Mallin.