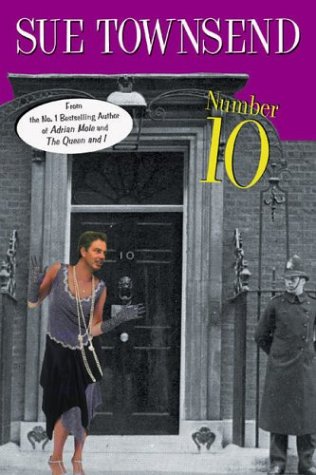 In Townsend's latest British farce (after 1993's , which put the British royal family in public housing, to hilarious effect), the prime minister, known by much of his public as "that pratt Edward Clare," sets out to get in touch with the masses. Speaking at a press conference, Edward is caught unprepared by questions on the price of milk and the last time he took public transportation; the little fib he tells makes him a laughingstock. Edward decides a trip across the country will reacquaint him with "the concerns of the majority of British people," and under the watchful eye of Jack Sprat, an intellectual but street-savvy police officer, Edward begins his journey—as . (It's reasoned that his wife's clothes, and later his own enthusiastically chosen ensembles, will allow Edward to remain incognito.) Edward and Jack visit the grave of Edward's mother, and they endure the pain and humiliation of public transportation before hiring a Pakistani cabdriver, who takes them to visit a poverty-stricken single mother in Leeds. Here, Edward suffers something like a heart attack, which lands him in the hospital—as ill-run as public transportation—and then the psychiatric ward, where he is described as "pathologically unable to commit to an opinion for fear of displeasing the questioner." In the meantime, Edward's loopy wife, Adele, quits taking her medication and gets a nose job, and Jack's mother opens her humble home to a bevy of crack addicts. The three story lines are masterfully and hilariously interwoven, and the book's delightfully absurd characters (especially Edward, and Jack's mother, Norma) are unforgettable.