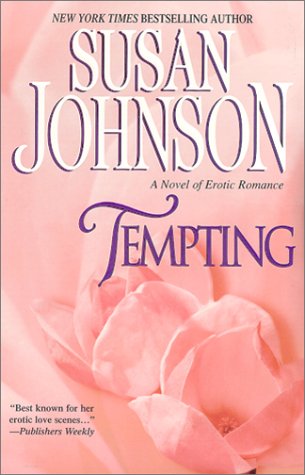 Set in the decadent, upper-class world of late 19th-century England, Johnson's latest romantic caper (after ) features Princess Christina, a woman of formerly modest means who is trapped in a loveless though lucrative marriage to the ruthless, womanizing Hans, prince of Zeiss. Thirty-year-old Christina is a proper wife and mother, devoted to her two sons and loyal to her husband, despite his many infidelities over their 12 years of marriage. She is inspired to cheat on him first when his philandering is thrown in her face during a country outing, and then when she accidentally walks in on the renowned American stud Maxwell Falconer, the marquis of Vale, in flagrante delicto with one of her married friends, who urges her to give Max a try. After quickly overcoming his reluctance to take on the responsibility of providing Christina with her first extramarital affair, the experienced Max awakens (and proceeds to satisfy) her newfound sexual desire, but Christina's transformation into an aggressive temptress is not convincing. Johnson, known for her erotic historical romances, focuses on the many passionate encounters between these two lovers, who come to believe they must defy convention and become a married couple. For all the numerous and explosive sex scenes, Johnson's writing lacks passion, and the sexual tension that readers have come to expect from the author is minimal. Suspenseful aspects of the plot involving the cruel Hans's comeuppance may be enough to satisfy Johnson's fans, but readers seeking true spice in their romance will have to go elsewhere.