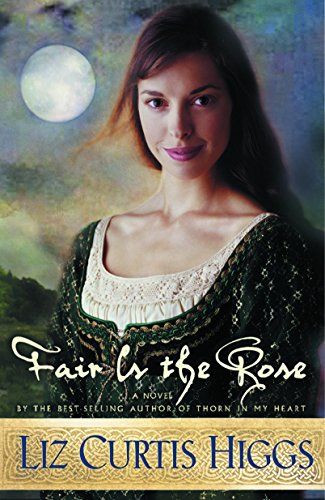 FAIR IS THE ROSE

In this sequel to , Higgs, a popular inspirational author, continues her 18th-century Scottish love story paralleling the biblical saga of Jacob and Esau, exemplifying sacrificial and patient love. Sisters Leana and Rose McBride are both in love with handsome Jamie McKie of Glentrool. After conniving with her father to spin a web of deceit and trickery, one sister wears a wedding ring and bears Jamie's child. But will the marriage consummated in the previous novel be honored? The challenges of adapting the scriptural story to the 18th century are daunting (polygamy, for example, wasn't acceptable in Scotland as it was in biblical times) and make for some contrivances that would be difficult to believe from any author not as talented as Higgs. Or, as the characters muse at one point, "the story was so implausible it had to be true." Admirably, Higgs keeps her protagonists multifaceted and readers' allegiances shifting as the story unfolds, although some may find one sister's contrition and sacrifice hard to swallow. A welcome glossary helps readers navigate the Scottish terms that lend color to the dialogue, and historical details—including church customs, medical and herbal information, and food descriptions—create a vivid backdrop. As the author of 21 books with more than two million copies in print, Higgs commands the affection of CBA readers, who will devour this novel eagerly and anticipate the story's resumption next spring in .