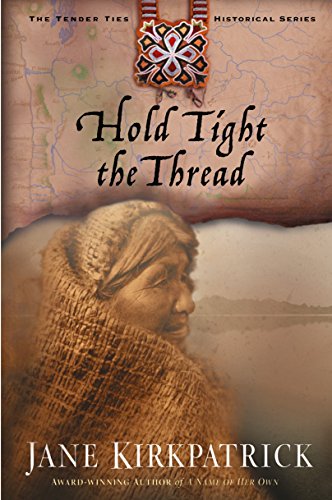 The final installment in the Tender Ties Historical Series continues the true story of Marie Dorion Venier Toupin, the Ioway Indian who accompanied the Astor overland expedition in 1812. Set in the emerging Oregon territory of the 1840s, the novel weaves together the social, political, theological and personal strands of Toupin's life. Against the backdrop of a struggle among Indians and Europeans for control of the land and its resources and between Catholics and Methodists for the souls of its inhabitants, Marie Toupin spends her final decade trying to make sense of her newfound Catholic faith and her ever-growing family. Interestingly, after she had written the first two novels in this series, Kirkpatrick learned that Toupin had given up her firstborn before leaving with the Astor expedition. Kirkpatrick writes him into this novel as a forgotten son and has Toupin experience the repressed memory of him as she also struggles with a neurological disorder that culminates in full-blown dementia. Toupin is not the only character who must make amends for the seemingly unforgivable: her son Baptiste brings home a child he has had with another woman for his wife to raise, and Toupin's daughter Marianne refuses to care for her best friend as that friend dies. But when these and other characters commit such offenses, they are neither demonized nor tidily redeemed. In combining historical authenticity with an exceptional ability to render poetic the thoughts of her characters, Kirkpatrick achieves a novel that enchants as it educates.