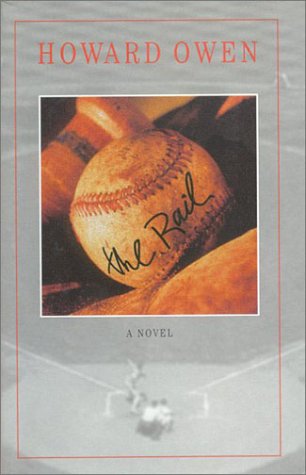 In his sixth novel, Owen (; ) draws on 20 years of experience as a newspaper sports editor to fashion a touching story of fathers, sons and baseball that emphasizes the irrevocable ties of blood. Neil Beauchamp was born to luxury—he lived in an actual castle—but when he was a child, his mother took him and ran; he even lost his name when his mother married a gruff, marginally successful merchant. Though Neil's baseball talent brings him both wealth and fame, his ego, his lack of business acumen and his fondness for drink bring him down. Already alcoholic and bankrupt when his car strikes and kills a state trooper, the Hall of Famer formerly known as the Virginia Rail goes to prison. As the novel opens, Neil's at rock bottom. He was a lousy husband and a distant father, but upon his release, he is met by his son, David, who's about the last person he expects to see. David, nearing 40, is himself in crisis: he's lost his journalism job in Washington, D.C., and he fears that his marriage is failing and that his wife is having an affair. From prison, David takes Neil back to the castle of his youth, where Neil's half-sister, Blanchard—who's mildly unbalanced to say the least—has promised to help him start over. Neil wants to make amends, but struggles to figure out how, while David discovers truths about his father that he never could have anticipated. The pace is leisurely, the revelations apt and unexpected and the coverage of professional baseball rings absolutely true.