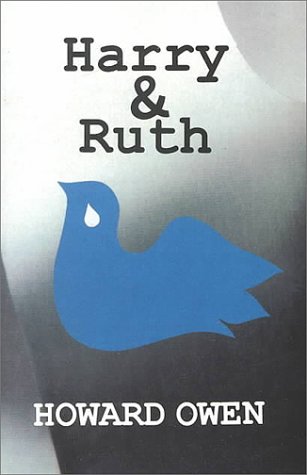 Two star-crossed lovers take a wrong turn and spend the rest of their lives trying to find their way home in Owen's (The Measured Man) nostalgia-packed fifth novel. The tale begins on Long Island, where Harry Stein, who's dying of cancer, is being helped onto a plane. Simultaneously, Ruth Crowder, still living in Saraw, N.C., where she and Harry met, is driving to a family reunion in Florida with her son, Hank, to celebrate her 70th birthday. In recurring flashbacks, the reader learns that Harry met Ruth during WWII, at a Presbyterian church social in small-town Saraw. Though Harry is engaged to Gloria Tannebaum back home in Richmond, Va., he immediately falls in love with Ruth, who was orphaned when she was six after her parents were drowned in a hurricane.. Ruth becomes pregnant, but does not expect Harry to marry her, since his Jewish family would never accept her. Returning to Richmond, Harry marries Gloria before being shipped overseas, where he is traumatized when he is unable to save his sergeant during a battle in France, leaving the wounded man to drown in a creek. Meanwhile, Ruth gives birth to Harry's child, Naomi, whose frantic search for identity is frustrated by her mother's secretiveness. Harry and Ruth maintain a constant correspondence over the years, relating the circumstances of marriage, divorce and death; during the course of the narrative they reunite, separate and finally achieve eternal peace. In recounting his characters' travails, Owen gives too much away and thus vitiates his labored attempts at suspense. Rather than enriching the drama, the melodramatic flashbacks inhibit plot movement. Despite this problematic ogranization, Owen succeeds in capturing the yearings of two people who are always aware that they belong together, even as the years pass and life throws up one obstacle after another. Though lapses into sentimentality may annoy some readers, others will enjoy Owen's oldfashioned storytelling skills. (Aug.)
close
Details