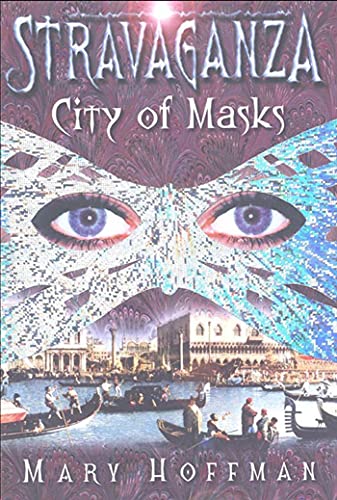 From the British author of the Amazing Grace books comes a novel, the first in a trilogy, about a teen stricken with brain cancer who travels between two worlds. In modern-day London, Lucien Mulholland undergoes chemotherapy treatments, but when he falls asleep clutching a mysterious book his father has given him, he is transported, or "stravagated," to an enchanting 16th-century Venice-like city called Bellezza, in the country Talia. Lucien can return only if he can get hold of the book again. In this colorful other world, rich with court intrigues and magic, he feels vibrantly alive, as opposed to his pain-ridden days back in England; his hair has grown back and he eats with relish. Bellezza is also where, as "Luciano," he meets lovely 15-year-old Arianna and Rodolfo, who created the book that acts as Lucien's "stravagation" talisman. Rodolfo explains that a stravagante is "a wanderer between worlds," and also the history of this magical travel. Now the secret brotherhood dedicated to keeping the two worlds separate is being challenged by a faction with evil intent. Soon "Luciano" is caught up in their power struggle and learns there is a cost when one cannot stravagate properly. The Renaissance backdrop sets an elegant mood for the time-travel toggling. This complex, at times slow-moving and somber story line may disturb some middle-graders (Lucien dies in his English life but lives on in Bellezza) but the novel will likely intrigue more sophisticated readers, especially with its undercurrents of sexual tension. Ages 10-up.