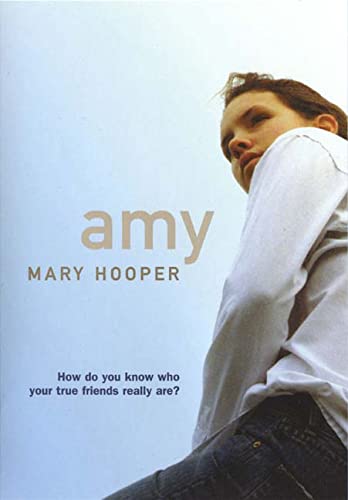 In Hooper's () briskly paced Internet "sex-crime" novel, Amy narrates her cautionary tale as a rather unwieldy case report to a policewoman. Amy is part of a foursome of teenaged English girlfriends until one friend moves away and she becomes a third wheel. "So, with the end of the Amy-Bethany-Lou friendship, I had to find something to replace it." In a chat room one day, she begins talking with "Zed," who claims he's 18, and decides to meet him, despite her own intuitions about the danger, plus warnings from her parents and new geeky-but-wise friend "Beaky." Zed indeed turns out to be a pervert who gives Amy a date rape drug and then, as she later recalls through "flashbacks," proceeds to photograph her naked (he does not rape her). Amy comes across convincingly ("When people are described as being a 'bit of a loner,' it sounds as if they're deep and mysterious, but actually all it means is that they haven't got anyone to go round with, and how sad is that?") even if readers may question whether Amy would adopt this voice for a police report ("He was my one big hope in the world and I wanted him to be everything I'd dreamed he'd be"); the transcripts of e-mail exchanges read more credibly. But in the end the message trumps the momentum of the story which, although horrific in its content, may leave readers wondering how Amy's feeling about all that's happened. Ages 10-up.