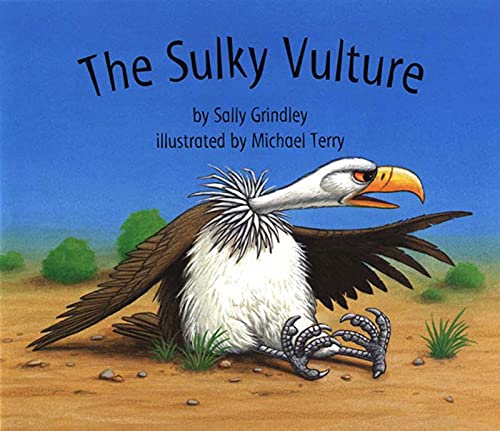 Boris the vulture is having a bad day, so bad that he resists everyone's attempts to cheer him up. His friends in the savanna try to divert him with games, and Marvin the baboon seems to have hit pay dirt by getting Boris to swing on a vine; the sulky vulture even cracks a smile—until the vine breaks, that is. Terry () strikes a smooth balance between cartooning and realism in rendering Boris and his circle. The animals sport vivid comic expressions (Boris's scowl makes him look like a preschooler in a particularly rotten mood), yet their bodies are rendered with a sophisticated level of detail. At book's end, Boris has regained enough self-possession to seek a comforting cuddle from his mother, but he isn't ready to entirely eschew his ill humor. The ending remains true to the fellow's character, and if Grindley's () story is somewhat familiar, it offers very young readers an accurate mirror. Ages 4-8.