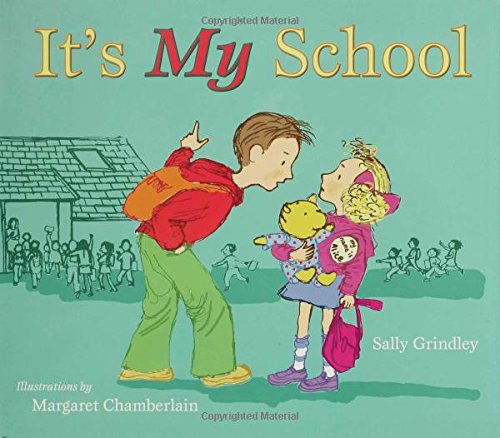 A disgruntled older brother is far from the model of compassion and supportiveness at the outset of this back-to-school tale by a British team. Sibling rivalry rears its head as Alice prepares to start kindergarten and step onto what has formerly been Tom's turf—school. "In his bedroom, Tom kicked his school shoes lying on the floor and threw himself on the bed. Why did his sister always have to spoil everything?" It's actually Tom's spoiled behavior that dominates most of the story. For instance, when Alice stands ready to depart, clutching her stuffed bear for comfort, Tom says, "You can't take that stupid thing"; when his dad asks him to watch out for Alice on her "big day," the boy responds, "It's a day for me." But when Alice wails for him on the playground, Tom runs to the rescue. While older siblings might not behave in such an overtly negative fashion, they'll likely identify with Tom's threatened feelings. Parents will be grateful for his about-face by book's end. Monochromatic back drops with minimal detail allow for focus on the characters' feelings. While probably not the book to read to an incoming kindergartner, kudos to Grindley ( ) and Chamberlain ( ) for giving authentic voice to the undercurrent of emotion between siblings. Ages 5-8.