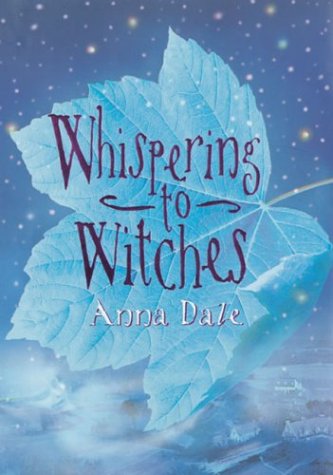 Dale makes a sparkling debut with this sprightly novel introducing 12-year-old Joe Binks who, while traveling by train from London to Canterbury to spend Christmas with his mum and stepfather, inadvertently becomes tangled in a web of dueling witches. First, he disembarks from the train at the wrong stop. Next, a fellow in a "peaked cap" transforms a broomstick into a tricycle that delivers Joe to the headquarters of the Dead-nettle Coven, comprised of a quintet of benign and batty witches. Twiggy, the youngest, befriends Joe, who soon learns about the longstanding competition among covens to find the missing page 513 from a centuries-old definitive book of witchcraft. The convoluted plot features ample corkscrew twists and eccentric characters for whom the author cleverly compounds their identities. Potter fans will appreciate the magical phenomena that Joe encounters, including windsprites, flying creatures who come in and out of view, delivering messages written with invisible witch ink; spectacles with lenses that change colors and look as though they're made of liquid, which render this ink visible to the non-witch eye; and nifty spells and potions a-plenty. Dale nimbly ties together the spidery threads of her story in a beguiling denouement. This cast's amusing antics will keep fantasy fans thoroughly engaged between visits to Hogwarts. Readers will hope that Dale books a return trip to Joe's bewitched world. Ages 8-12.