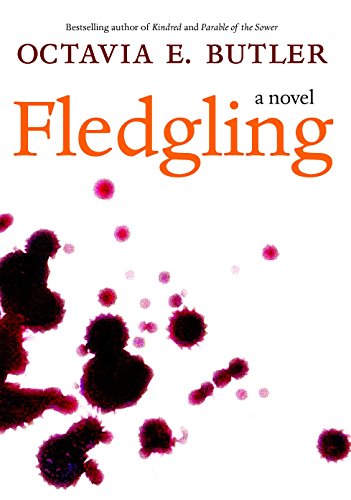 The much-lauded Butler creates vampires in her 12th novel (her first in seven years) that have about as much to do with Bram Stoker's Dracula as HBO's does with . They need human blood to survive, but they don't kill unless they have to, and (given several hundred years) they'll eventually die peacefully of old age. They are Ina, and they've coexisted with humans for millennia, imparting robust health and narcotic bliss with every bite to their devoted human blood donors, aka "symbionts." Shori is a 53-year-old Ina (a juvenile) who wakes up in a cave, amnesiac and seriously wounded. As is later revealed, her family and their symbionts were murdered because they genetically engineered a generation of part-Ina, part-human children. Shori was their most successful experiment: she can stay conscious during daylight hours, and her black skin helps protect her from the sun. The lone survivor, Shori must rely on a few friendly (and tasty) people to help her warn other Ina families and rediscover herself. Butler, keeping tension high, reveals the mysteries of the Ina universe bit by tantalizing bit. Just as the Ina's collective honor and dignity starts to get a little dull, a gang of bigoted, black sheep Ina rolls into town for a species-wide confab-cum-smackdown. In the feisty Shori, Butler has created a new vampire paradigm—one that's more prone to sci-fi social commentary than gothic romance—and given a tired genre a much-needed shot in the arm.