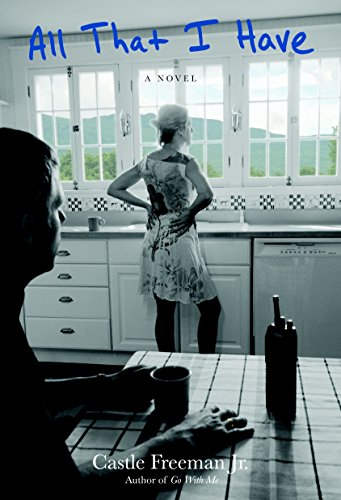 All That I Have

Freeman's pleasantly wicked fourth novel (after ), set in smalltown rural Vermont, explores the moral choices of a good-hearted, meek sheriff. The laconic and gently self-deprecating sheriff, Lucian Wing, a middle-aged ex-navyman married to a prominent lawyer's daughter, has to decide whether to arrest a young ne'er do well who has broken into an opulent home owned by mysterious Russians and stolen a safe. The problem is that Wing feels for the young criminal, Sean Duke, who works as a laborer, has a winning way with the ladies and is known for his wild behavior. The childless sheriff regards the kid as a kind of bad-boy substitute son and knows that if he doesn't spirit Duke out of town, the Russians will get him first. Meanwhile, Sean makes inroads into the sheriff's chilly marriage, bringing Wing to a crisis of conscience. Freeman sets an intertwined network of provincial egos on a collision course and pulls it off through the wonderfully satisfying point of view of his deadpan sheriff.