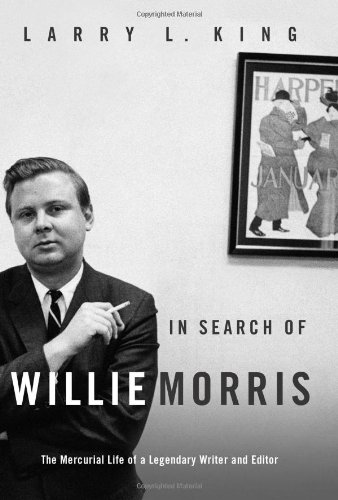 In Search of Willie Morris: The Mercurial Life of a Legendary Writer and Editor

To read this loving, loquacious, warts-and-all tribute to the famed editor and author ( ) who died in 1999 is to be a fly on the wall at a high-spirited wake attended by literati like Norman Mailer and David Halberstam. The prolific King ( ), a friend of almost 40 years who wrote for Morris at reconciles the brooding loner with the extroverted golden boy who at 32 revitalized America's oldest magazine. Morris's vast ambition and self-destructive alcoholism, according to King, can be traced to his overbearing, socially insecure smalltown Mississippi mother, who was a secret drinker. Most noteworthy is the description of Morris's colossal fall from grace and rash resignation from in 1971, where he was blamed for diminished profits. Other standouts are accounts of Morris's close friendship with the dying James Jones, celebrated author of , and his tumultuous affair with socialite Barbara Howar, who publicly accused Morris of ripping off her life in his poorly received novel . This insider's memoir will be savored by Morris's friends and fans, but won't make him essential to a new generation of readers. Photos not seen by .