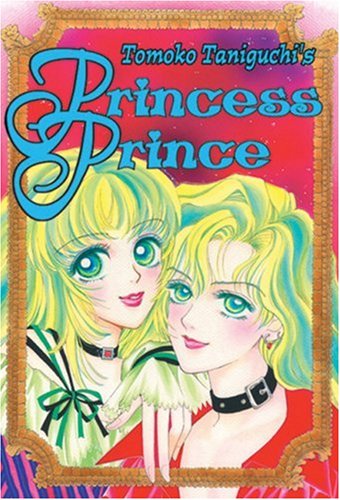 Taniguchi () sets this gender-bending story in Gemstone, a medieval fairy tale land with fairy-type creatures called "angel birds," knights, goblins and royal families. Twin male princes, Matthew and Lawrence, lived a normal life until their mother's tragic death, which made their father, the King of Gemstone, believe an ancient prophecy was put into motion. The king thought the only way for his boys to be spared from this curse was to raise one of them as a princess. So Lawrence was raised and led a carefree life as Princess Lori. When puberty strikes, his real troubles begin. Will he continue to live the life of a princess or risk it all, including the terrible prophecy, for his chance at love and happiness? Princesses from neighboring castles come and throw themselves at handsome Prince Matthew, hoping to be his bride, as poor Lori watches. Meanwhile, Lori's one true love, his best friend Jenny, doesn't even know Lori's real identity. Jenny feels guilty because she has a strange attraction to Lori but isn't really sure why. And Lori is just plain miserable. But what good fairy tale doesn't have a little bit of angst, heartache and despair in it? It's fun to note Taniguchi's love of teen melodrama in this volume: one member of the supporting cast is named Brandon Walsh, a name shared by the male twin in . This is an all-ages, whimsical, mostly happily-ever-after-type manga.