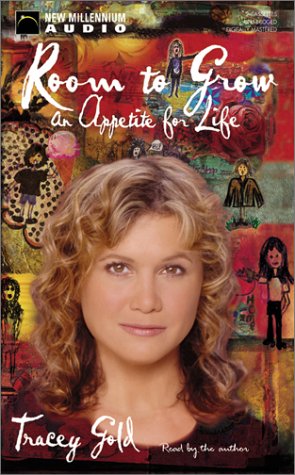 Gold, who spent seven years playing Carol Seaver on the sitcom , battled with anorexia as a teenager and had her story pounced upon by tabloid magazines galore. She begins this book on an upbeat note, discussing her childhood entry into acting and her family's move from New York to Los Angeles. She's a happy child, but problems emerge when she reaches adolescence. Gold is immature for her age and doesn't develop friendships with other teens. She has difficulty maintaining passing grades in school (she's later diagnosed with a form of ADD) and begins a regimen of controlling her eating. Though initially not life-threatening, her pattern nonetheless foreshadows danger: she restricts the types of foods she eats, throws up, weighs herself daily and cooks for others without eating herself. Eventually, her anorexia becomes enough of an issue that she's forced to take a leave from the series. By this time, Gold has a boyfriend (whom she later marries) and does seek help. Her recovery efforts take several difficult years, as she goes in and out of clinics until she finally gets help from one psychiatrist. Gold is honest, though not overly introspective, as she matter-of-factly recounts her experiences. The reading is surprisingly dull—her emotions come through most strongly during the last hour of the tape when she discusses her role as mother and how she hopes she can help other anorexics. Gold also reads the first three chapters so quickly that listeners may have to rewind in order to catch every word. Still, parents who suspect their children have eating disorders—and, of course, teens themselves—will benefit from hearing Gold's story.