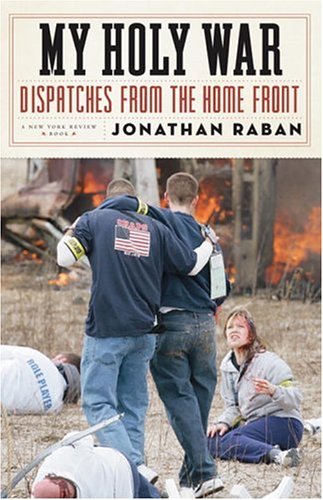 My Holy War: Dispatches from the Home Front

Seattle-based British author Raban eloquently argues a by now commonplace premise throughout these 15 previously published political and cultural think pieces, autobiographical reflections, book reviews and travelogues: that the Bush administration's bellicose unilateralism abroad and burgeoning security state at home were neither the necessary nor best response to the attacks of 2001. Rather, the administration capitalized on an exceptional moment of national unity to take the country down a dangerously antidemocratic, Manichean path that wedded widespread religious faith to a right-wing imperial agenda. As a potent prose stylist and keen observer of the American scene, Raban charts with rare luminosity the changes and widening fissures in American society from 9/11 through 7/7 (as the 2005 London subway bombings were instantly branded), which makes revisiting even topics like Howard Dean's presidential race worthwhile. Several thoughtful and compelling chapters grapple, meanwhile, with the largely Western and entirely modern origins of Islamist extremism, drawing on Raban's demonstrated familiarity with the Middle East ( ) and careful perusal of both the English-language Middle Eastern press and a sampling of jihadist Web sites. Amid a plethora of works on American domestic and foreign policy post-9/11 by journalists, academics, policy makers and government insiders, Raban's contribution will inevitably seem, at times, limited or redundant. But the book's defense of reason over militant irrationalism, resting as it does on the author's formidable talent for insight and analogy, will inspire readers with the underlying issues at play in this dizzying, event-crammed historical moment.