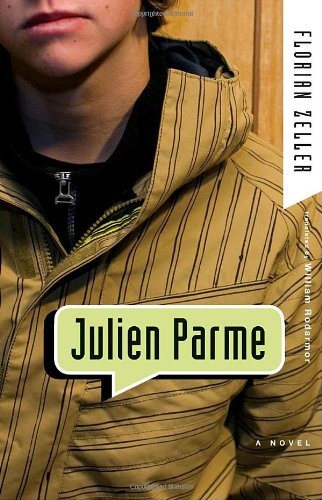 Impetuous 14-year-old aspiring writer Julien Parme hasn't quite gotten over the death of his father from cancer five years earlier, and his latest bout of bad behavior has led to a grounding by his strict Protestant mother. That means skipping the Champs-Elysées birthday party of â€œhottieâ€ senior Emilie Fermat, the actress-daughter of a TV producer. News of his mother's impending marriage, however (to live-in â€œjerk in a goatee and corduroy pantsâ€ François), propels Julien into the Paris night. He's in love, sort of, with his French teacher, Madame Thomas, who's very inspiring when teaching Jean de la Fontaine in sheer blouses, but he's also especially taken with Emilie's horse-loving younger sister, Mathilde. Rodarmor's translation makes Julienâ€”who narratesâ€”read like a sweetly knowing update of Holden Caulfield, complete with boarding school stint. Hilarious moments of bravery and deceit win the reader over utterly.