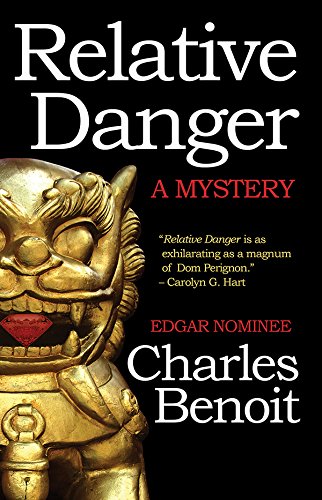 Benoit's smashingly good, action-packed first novel leads Douglas Pearce, a young brewery worker from Pottstown, Pa., on a quest for information about his long-dead uncle that takes him from Toronto to Casablanca, Cairo, Bahrain and Singapore, before returning him to Toronto. He gets on the trail of a huge stolen gem, and along the way finds rascals, thugs, thieves and vamps among the archeology scholars, ex-museum directors and encyclopedia publishers who appear to be his guides. With much wit and invention, Benoit convincingly portrays the Middle East. A hilarious account of chaos in the Cairo airport reads like an updated scene from Mark Twain's . Benoit adroitly contrasts the modern features of North Africa and Asia with the remnants of their ancient pasts. Two murderous chases through urban and rural Egypt build to a resolution that remains well concealed until the final pages. Some readers may find the sex scenes too brief and a bit strange, but this is a quibble. Benoit is a rare discovery, and one hopes that he plans to produce more adventure-oriented mysteries with the same skill and energy that propel this excellent debut.