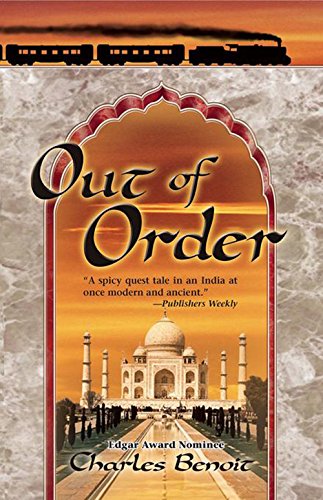 Edgar-nominee Benoit's assured second mystery (after 2004's ) introduces 27-year-old Jason Talley, a nerdy Corning, N.Y., loan processor whose rare heroic gesture launches him on a journey into danger and romance. When Talley's married friends, Sriram and Vidya Sundaram, are found dead in their apartment, victims of an apparent murder-suicide, the shaken Talley decides to go to India to deliver a special sari to Sriram's mother. He also alerts friends and colleagues of Sriram's from a failed high-tech startup company that he's en route to their country. The sedate tour group that Jason joins is a disaster until he's "rescued" by Rachel Moore, a beautiful train-mad woman who's as adventurous as Jason is not. Soon the two are traveling on their own, meeting up with Sriram's bitter or forgiving ex-colleagues. The search for Sriram's mother, Rachel's madcap unpredictability and the stalking of Jason by one or more of Sriram's former partners add up to a spicy quest tale in an India at once modern and ancient.