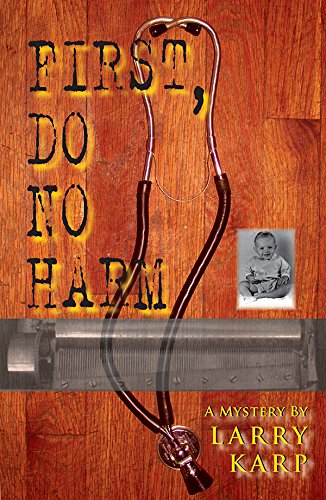 FIRST, DO NO HARM

Taking a break from his Thomas Purdue mysteries ( , etc.), Karp moves from antiques to medicine in this sharp, well-written crime novel. Martin Firestone, a computer technician, has decided to change his life by attending medical school. When he tells his father, renowned artist Leo Firestone, the elder Firestone reacts with tremendous anger. Shocked at his father's reaction, Martin nevertheless stands his ground. Leo then asks his son to meet him for lunch and proceeds to tell him about his paternal grandfather. Dr. Samuel Firestone, Leo's father, was a legend in Hobart, N.J., a doctor whom everyone—rich or poor—could count on in an emergency. He had a sixth sense about medicine and made house calls at any time of the day or night. Samuel Firestone also knew the darkest secrets of everyone in his community, and when he took his young son (Leo) on as an assistant, he inadvertently set a tragic series of events in motion. Karp's story, steeped in descriptions of 1940s smalltown life, builds to a shattering climax that will haunt readers as much as the book's characters. Fans of Robin Cook or Patricia Cornwell will find this mystery strikingly different, for it deals not in medical science but in the frailty of human love and devotion.