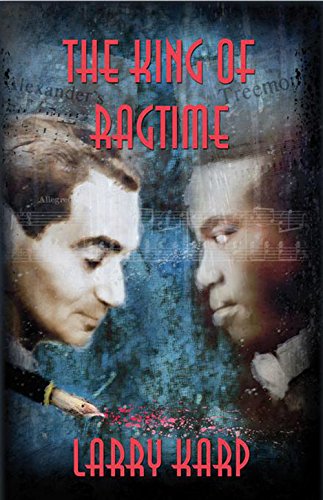 The King of Ragtime

Set in Manhattan in 1916, Karp's well-crafted second homage to ragtime (after 2006's ) charts Scott Joplin's race against time and the effects of a ravaging illness to secure his musical legacy. Joplin has written a musical play that he wants Irving Berlin to publish and produce. In the past, Joplin has accused Berlin of plagiarizing his music, but Martin Niederhoffer, a piano student of Joplin's and an employee of Berlin's firm, persuades Joplin to try Berlin again. When Niederhoffer and Joplin are seen fleeing the scene of a murder, they're forced into hiding while Scott's friend Nell Stanley, a musician, and her music publisher father try to find the real killer. Going undercover at Berlin's publishing company, Stanley proves to be a formidable detective, though her investigation uncovers some painful truths about both Joplin and her father. Karp's meticulous research helps create a vivid picture of the time and locale. Memorable, authentic characters are another plus.