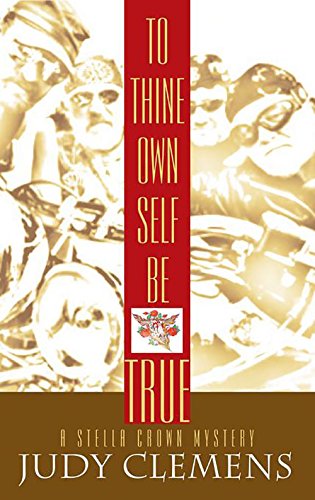 To Thine Own Self Be True

Bikers and tattoos have something of an image problem, but Clemens's fun and surprising third Stella Crown mystery (after 2005's ) goes a long way toward improving that image. Shortly before Christmas, Stella, a Harley-riding Pennsylvania dairy farmer, is getting a new tattoo at Wolf Ink, when the tattoo artist, Wolf, interrupts their session and takes off with his wife, Mandy. Stella falls asleep, and later leaves in a huff with only half a tattoo. Then the cops show up at Stella's door to report that Mandy has been found outside the tattoo parlor, frozen to death after being hit on the head. Wolf, who has disappeared, is the chief suspect in the murder, but the net expands to include shady fringe tattooists (who ink underage kids and "forget" to change needles) and legislators who wish to close down the whole industry for the sins of a few. As Clemens waxes poetic about tattoos, readers will view this subculture in a brand new light.