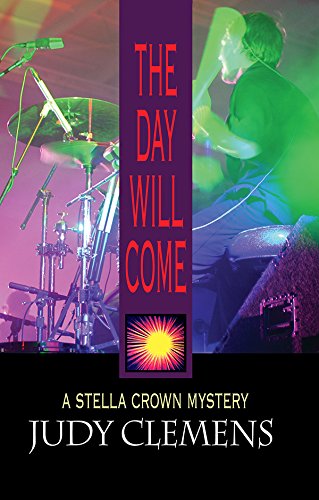 The Day Will Come

It may be hard to believe that Pennsylvania dairy farmer Stella Crown can make a habit of stumbling into murder cases, but her intense fourth adventure (after 2006's ) is reason to hope her bad luck continues. Stella and her boyfriend, Nick, join their friends Lucy and Lenny at a Philly concert hall to hear the Tom Copper Band, a rock group of local boys who've hit the big time and will soon head home to play at Lucy and Lenny's wedding reception. After a bomb threat clears the club, the band's lead singer, Genna, is found dead inside, and Stella's friend Jordan, the band's sound man and Genna's not-so-secret admirer, is the prime suspect. Clemens avoids making farm life too bucolic, while Stella, with her Harley, cows and engaging circle of friends, will appeal to cozy and more mainstream mystery fans alike. This is a solid addition to a series that improves book by book.