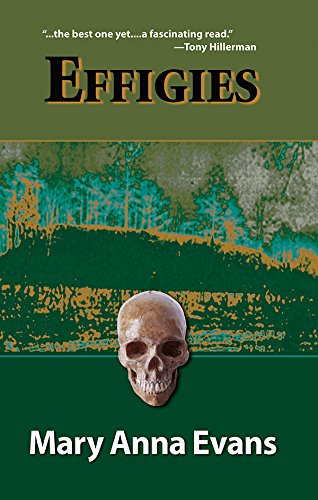 In Evans's intriguing third mystery to feature archeologist Faye Longchamp (after 2005's ), Faye and her Native American assistant, Joe Wolf Mantooth, leave Joyeuse Island, Fla., for a dig in rural Mississippi at the site of a proposed highway. They arrive during the Neshoba County Fair, a weeklong celebration during which residents put aside their differences to honor the area's mixed-race heritage. But when the archeologists discover another important site on the property of Carroll Calhoun, a racist with ties to the KKK, he not only refuses to let them excavate but tries to bulldoze what might be a sacred Choctaw burial mound. In the ensuing clash, racial tensions hit the boiling point over who has rights to the mound. Calhoun is then found dead, his throat slit with an ancient Indian blade, and Faye investigates after suspicion falls on Joe and other area Native Americans. Though Evans has been compared to Tony Hillerman, her sympathetic characters and fascinating archeological lore add up to a style all her own.