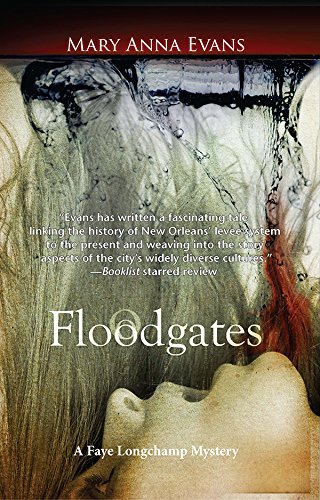 At the outset of Evans's engaging if somewhat thinly plotted fourth mystery to feature archeologist Faye Longchamp (after 2008's ), Faye and her team are excavating a plantation site outside New Orleans, next to the battlefield where Andrew Jackson's army defeated the British in 1815. When students doing post-Katrina cleanup find the remains of what appears to be a drowning victim from the hurricane, a dumbbell resting atop the pelvis suggests foul play to Faye. The police ask Faye and her fiancé, Joe Wolf Mantooth, to assist in what becomes a murder investigation, the victim having been identified as a fellow archeologist, Shelly Broussard, who worked with rescue teams after the storm. Passages from a book about the Katrina disaster by a local author and extracts from the memoirs of a 19th-century military engineer provide insights and historical perspective. Faye's landlady, a part-time voodoo-mambo or priestess, adds spice.