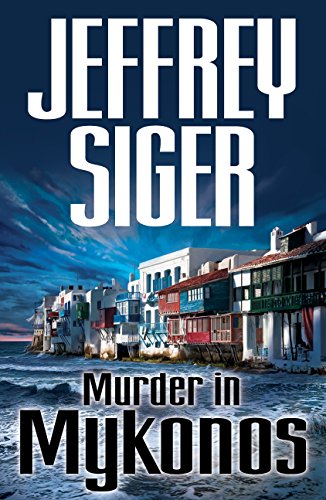 Soon after a woman's bound body turns up in a remote, abandoned church on the island of Mykonos in Siger's impressive debut, a score of other bodies surface—all, like the first, female travelers whose disappearances over two decades have been overlooked or ignored. Police chief Andreas Kaldis, recently transferred from Athens, teams with older homicide cop Tassos Stamatos to investigate the crimes, but even the wily veteran struggles with the plethora of suspects and local pressure to hide a peril that threatens the tourism the island lives on. Only when a new abduction occurs does their search gain official sanction, leading to a resolution that shakes Kaldis professionally and personally. Though the marshaling of suspects may strike some readers as formulaic, Siger's view of Mykonos (where he lives part-time) is nicely nuanced, as is the mystery's ambiguous resolution. Kaldis's feisty personality and complex backstory are appealing as well, solid foundations for a projected series.