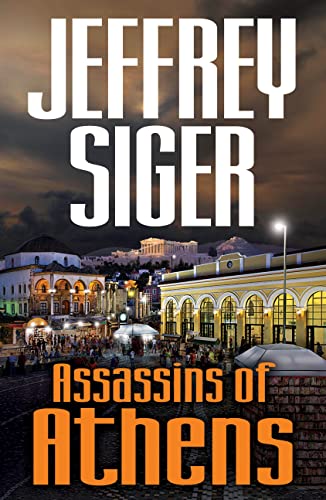 Beware of Greeks bearing grudges, especially when they’re as rich, resourceful and ruthless as the killers who dog Athens Chief Insp. Andreas Kaldis in Siger’s speedboat-paced second mystery (after 2009’s ). The case detonates with a sensational discovery: the body of golden boy Sotiris Kostopoulos, the teenage son of one of Greece’s wealthiest wheeler-dealers, dumped behind a seedy gay bar. Within days his family flees the country. As bodies start dropping from Mykonos to Sardinia, Kaldis finds it increasingly difficult to dismiss hints of a colossal conspiracy—one that might stretch to the loftiest levels of Athenian society as well as way back into its bloodstained past. Readers may not totally buy the book’s audacious premise or the spontaneous combustion between the straight-arrow inspector and a wealthy socialite, but that shouldn’t spoil this suspenseful trip through the rarely seen darker strata of complex, contemporary Greece.