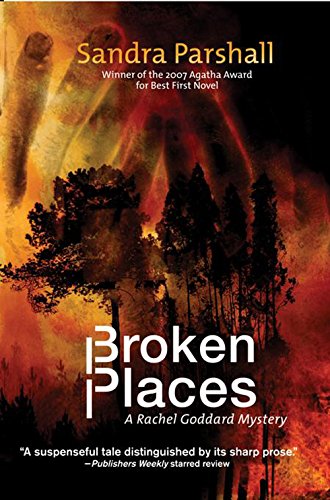 Near the start of Parshall's excellent third Rachel Goddard mystery (after 2007's ), the Mason County, Va., veterinarian witnesses an argument between newspaper publisher Cam Taylor, who's desperate for money to save his paper, and popular cartoonist Ben Hern (aka Cuban-American artist Benicio Hernandez), who won't give him any, at Ben's mansion. On the drive home, Rachel spots Cam's abandoned car in the road, pulls over, hears gunshots, and finds Cam dead in the woods. Later, Cam's house burns down with a woman's bullet-ridden body inside, initially identified as Cam's wife. Another shooting victim; the arrival of the clingy ex-girlfriend of Rachel's love interest, deputy sheriff Tom Bridger; and the disappearance of Ben's mother raise the stakes. Rachel and her vet assistant, Holly Turner, must take care not to become a frantic killer's next victims in a suspenseful tale distinguished by its sharp prose.