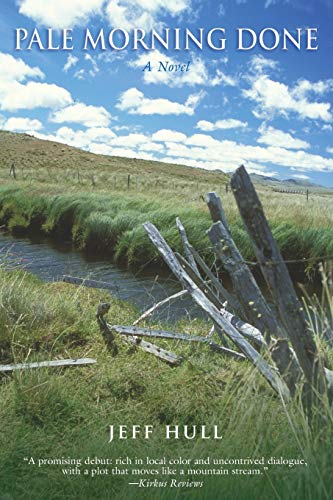 A Montana fly-fishing guide strives to restore his father's ranch to nature and its freshwater spring to a fishing stream while navigating a thorny romantic triangle in Hull's impressive first novel, which balances vivid, meticulous outdoor writing with fine characterization. The 33-year-old guide, Marshall Tate, faces an uphill battle to secure the water rights for the spring from the Klingmans, an ornery ranching clan that owns the adjoining land. While Tate clashes with the Klingman men, he also wrestles with his simultaneous attraction to Daisy Klingman, a childhood friend and longtime on-again, off-again lover, and Molly Huckabee, another fishing guide with whom his friendship blooms into something more. Hull engagingly captures the family feud, the nuances of fly-fishing and the dilemma of a typically indecisive and commitment-phobic young American male. Though the relationship subplot can be predictable, the novel stands out for its graceful, lovely evocation of the outdoors and as a chronicle of the struggle for control of a rare plot of Western wilderness.