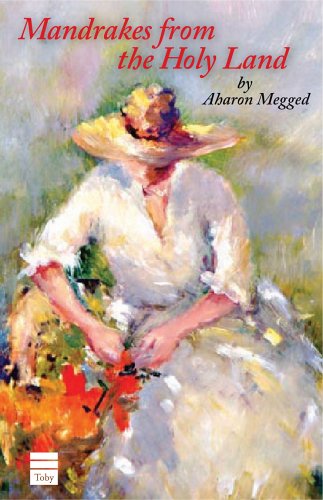 Mandrakes from the Holy Land

Israeli novelist Megged sets his historically rich epistolary and diary-based novel (after ) in turn-of-the-century Palestine, then mostly a backwater of small Arab villages and start-up Jewish farming settlements. In 1906, Englishwoman Beatrice Campbell-Bennett, a devout Christian and frustrated lesbian, travels to the Holy Land ostensibly to paint biblical flowers, but her true goal is to "purify" herself. The child of a prosperous but unhappy family, she fraternized with the famous Bloomsbury group of intellectuals, falling in love with Vanessa Stephen, Virginia Woolf's sister. In her quest to explore what she calls "this land of wonders," the fiercely independent Beatrice hires a young Arab guide named Aziz, with whom she develops an increasingly tense relationship. She also spends time with the famous Zionist pioneer Aaron Aaronsohn and his attractive younger sister, Sarah, until her conflicting emotions—and ecstatic religiosity—threaten to completely overwhelm her. Megged annotates the letters and diary entries with notes by a Dr. P.D. Morrison, a psychologist hired by Beatrice's parents to examine her mental state, and his rather hilarious Freudian commentary adds a sharp satirical edge. This, plus Megged's graceful use of biblical history and evocation of early Zionist culture makes for a learned, compelling book.