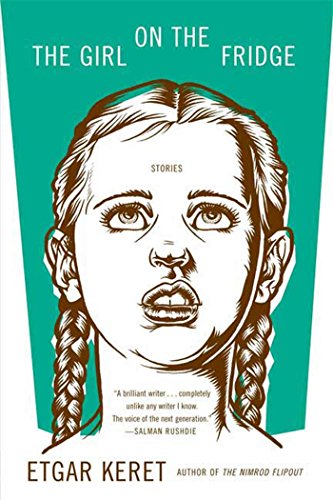 The Girl on the Fridge

Advocates of flash fiction contend you can say a lot with a little. Unfortunately, you can also say a little with a little. Israeli writer Keret ( ) confirms both with this hodgepodge of 46 sketches, culled from his first collection. There are whimsical tales like “Nothing,” about a woman who “loved a man who was made of nothing” because “this love would never betray her,” and “Freeze!” about a guy who can stop the world and uses the power to score with hot girls. Despite an appealing, comic voice, many of these pieces feel insubstantial and leave the reader indifferent. Nevertheless, a haunting theme arises as stories featuring violence accumulate: “Not Human Beings,” in which an Israeli soldier is beaten by fellow officers when he objects to the cruel treatment of an old Arab man, screams in the face of bloodshed, whereas the irritation of the father in “A Bet,” when TV news reports on an Arab sentenced to death preempts an episode of “Moonlighting,” suggests how violence has been normalized. Keret demonstrates how the same short form that produces ineffective trifles can also create moments of startling power.