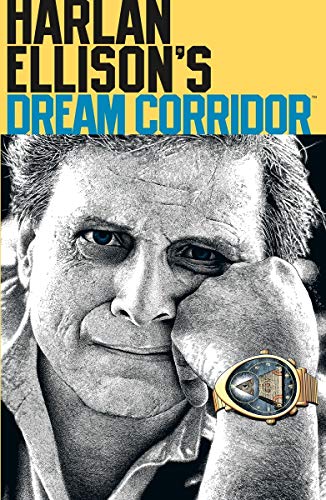 One of Ellison's major appeals is that he is able to capture so much of his never-ending imagination, his "dream corridor," into well-told tales. This collection of comics, as well as two illustrated prose stories, takes that appeal one step further, adapting some of Ellison's best stories into short and sweet comics. The book is overflowing with top talent, including writers Mark Waid ( ), Gerard Jones ( ) and Steve Niles ( ). The art is equally strong: Steve Rude touches on the same epic science fiction look that he used for in "The Discarded." Richard Corben reteams with Jan Strnad for the gritty "The Man on the Juice Wagon." All the stories are introduced by Ellison, who finds himself in strange situations drawn with great humor by Eric Shanower ( ). The strongest story is "One Life, Furnished in Poverty," adapted by Strnad and Paul Chadwick ( ). With only the smallest fantasy conceit, it's a sad and touching story with semiautobiographical touches. These comics adaptations add proof that Ellison isn't just a great fantasist but one of America's premiere short story writers