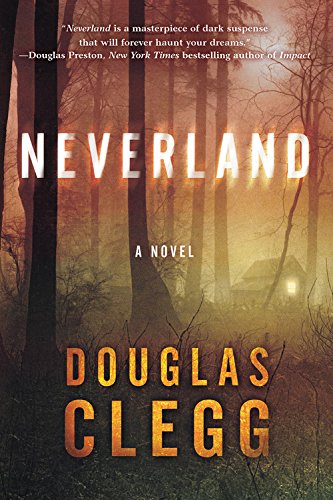 An adolescent's cruel mischief proves a pathway to a dimension of otherworldly terrors in this creepy supernatural thriller, first published as a mass-market paperback in 1991. One summer on Gull Island off the coast of Georgia, Sumter Monroe indoctrinates his cousin Beau Jackson into the marvels of “Neverland,” Sumter's name for a tumble-down shack on their mutual maternal grandmother's property that's a shrine to a god he names “Lucy.” In Neverland, reality and illusion blur eerily, and the spirit of fun takes a malevolent turn as Sumter begin offering “sacrifices” of an increasingly disturbing nature to placate Lucy and sustain his special relationship with her. Clegg ( ) crafts a haunting story redolent with the influence of Arthur Machen, H.P. Lovecraft, and other classic horror writers. His credible rendering of the internal lives of children and their imaginations give this flight of dark fancy a firm and frightening foothold in reality.