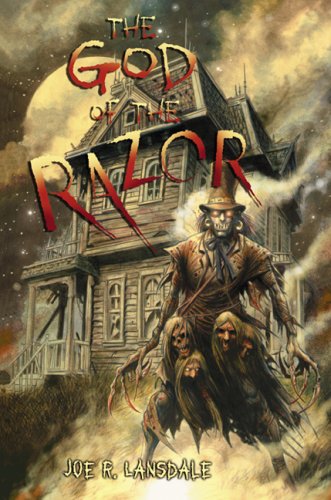 The God of the Razor

Lansdale's (1987), the centerpiece of this chilling collection, set new standards for the depiction of graphic violence and is probably the best novel of its type between and . Monty Jones, the very model of the modern sensitive male, is badly shaken after the gang-rape of his wife, Becky. Having left their home in Galveston, Tex., the couple hope to restore their damaged relationship at a friend's country cabin, but unbeknownst to them, Becky's assailants are coming back to finish what they started. This upsetting look at the human capacity for evil breaks with crime novel conventions when a supernatural element enters the story in the form of the grotesque deity known as the God of All Things Sharp. Twenty years later, retains its ability to awe and to horrify. Six short stories that grew out of the novel, one previously unpublished, round out the volume. Glenn Chadbourne provides suitably disturbing illustrations.