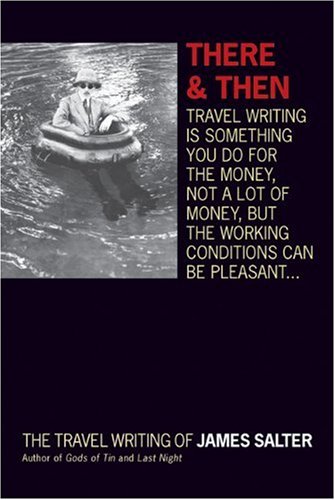 There and Then: The Travel Writing of James Salter

Short essays by novelist, short story author and prose stylist Salter ( ) explore his lifelong romance with Europe and Japan. These elegiac pieces recall his earliest travels as a soldier in WWII, when "the doors to the world were now open." Often his trips were colored by the authors he read; in 1950, he visited war-weary Paris for the first time, and in the essay "Europe," he remembers Babel's comparison of a Parisian streetwalker to the heroine of : "Paris was like that," notes Salter. "It reminded me of something finer." In "Cemeteries," Salter revisits both high and low resting places, from Paris's Père Lachaise to prairie graveyards of the American West. Several of the essays chronicle his infatuation with skiing the Alps. "The Skiing Life" features cameos of famous skiers, as well as a glimpse of Robert Redford as the star of , for which Salter wrote the screenplay. In "Roads Seldom Travelled," Salter and his son tour Japan, transformed from the war years; while "Mishima's Choice" recounts his literary attraction to the Tokyo hotel the Hilltop, "where all desires are gratified but freedom is complete." While somewhat dated and worn, these essays showcase Salter's writerly touch.